Is it just me, or is it weird that we can’t talk about a person without also repeatedly emphasizing their gender/sex? I mean, just read the following sentences aloud:

Hmm… it still doesn’t seem weird? In that case, let me rephrase the sentences for you:

Setting aside the complications of “gender” for a moment, we can agree that these two sets of examples are roughly equivalent. In both cases, we are emphasizing the person’s gender/sex before proceeding to the main subject matter. But… why?

Let’s repeat this exercise for a few more sentences:

All of these sentences share the same characteristic: they emphasize a detail that is completely irrelevant to the subject matter. Crazy, huh? Just imagine if we started doing that for other facets of our lives!

We’ve literally made this same linguistic mistake on numerous occasions! That is: we invented terms to categorize people, and then started emphasizing these terms regardless of the subject matter. Before long, these terms began to shape our ideas around the subjects. The individual person no longer mattered. Instead, their association with one of these terms established their relationship to the subject.

Today, we recognize that our usage of these terms was just a form of bigotry; therefore, we are actively retiring their usage from our language.

If you think about it, we already started taking the first steps towards this a few decades ago. Specifically, most people now recognize that it’s inappropriate to use “masculine pronouns” as the default when a person’s gender is not known. For example:

Jane: My car was having a similar issue, but my mechanic was able to fix it for cheap!

Davey: Oh really? Can you give me his number, please? I’ll call him immediately! 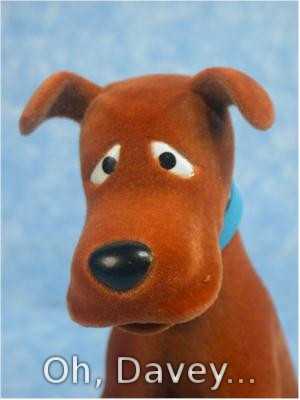 Oh, Davey… you know better than that! Let’s try it one more time:

Jane: My car was having a similar issue, but my mechanic was able to fix it for cheap!

Davey: Oh really? Can you give me their number, please? I’ll call them immediately!

Now we just need to take this idea one step further. Even when we know a person’s sex or gender, there really is no reason to emphasize it in most sentences. Therefore, we should continue using they/them pronouns. This means that conversations such as the following will become normal:

Jane: My car was having a similar issue, but my mechanic was able to fix it for cheap! Also, I think my mechanic has a penis, although I’ve never actually seen it.

Davey: Um. Okay. I’m not sure why you needed to mention that second part. Anyway: can you give me their number, please? I’ll call them immediately!

Well… fine. Maybe that conversation wasn’t quite “normal”. But, that’s just because Jane is still latching onto the old-fashioned practice of emphasizing a person’s sex or gender in every sentence. Old habits die hard!