I was only at Awesome Con for 5 minutes when I met a celebrity: 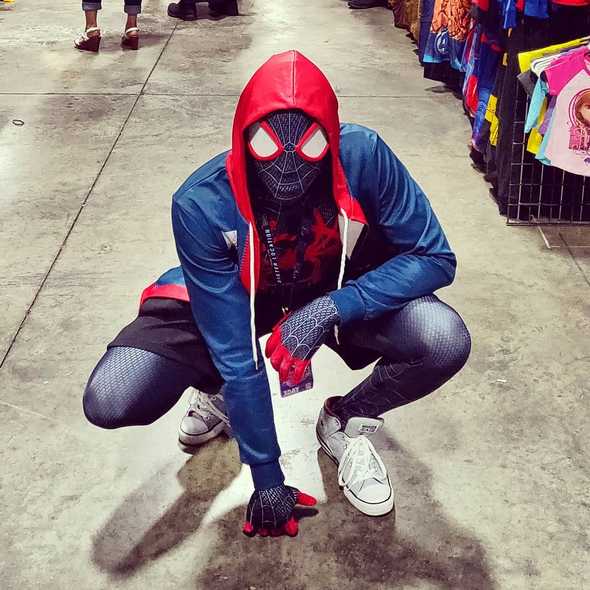 BOOM! It’s freaking Spider-Man!! Erm… at least it might have been. I mean, the costume was pretty convincing…

Anyhoo: I spent most of this weekend attending Awesome Con. It’s kinda like Halloween, except it’s socially acceptable for both the children and adults to be in costumes! Plus, these aren’t the cheap throw-a-sheet-over-yourself-and-call-yourself-a-ghost variety of costumes. These are full-blown movie-quality costumes. For instance, remember that scene where Spider-Man tried to steal Dr. Octopus’s nachos? Well, check out this amazing recreation of that scene: 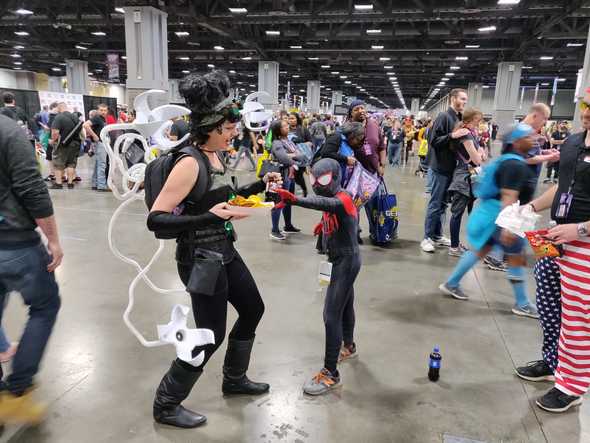 Still not convinced? Well, how about this actual fight to the death that occurred in the hallway? 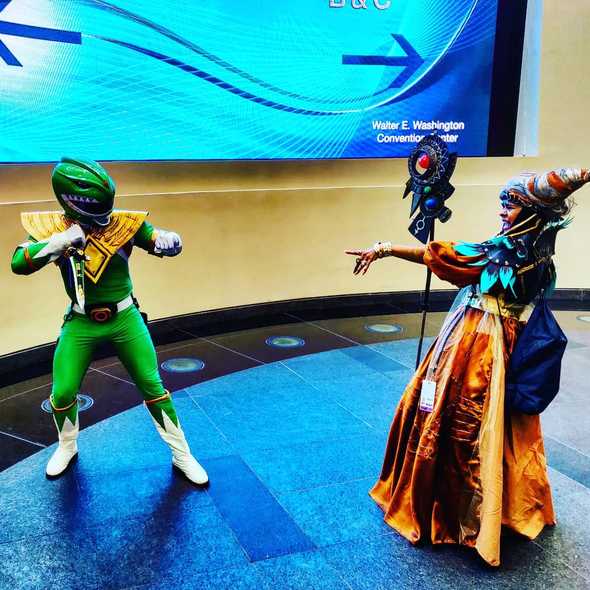 To be clear: neither the Power Rangers nor Rita actually died in this fight. The person who died was just some poor schmuck who insulted their costumes: 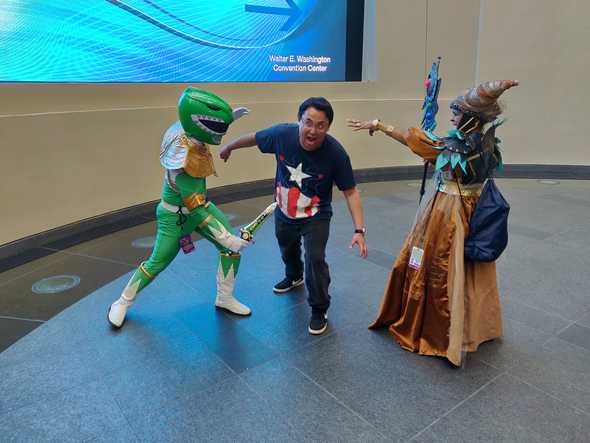 Yeah, that’s what you get, you Homestar Runner wannabe!

Here are a few more highlights from the event: 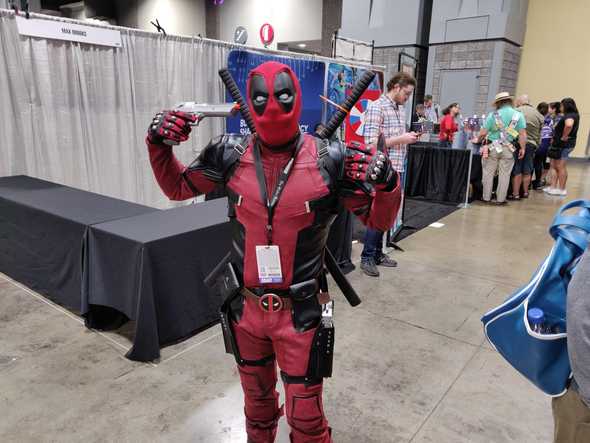 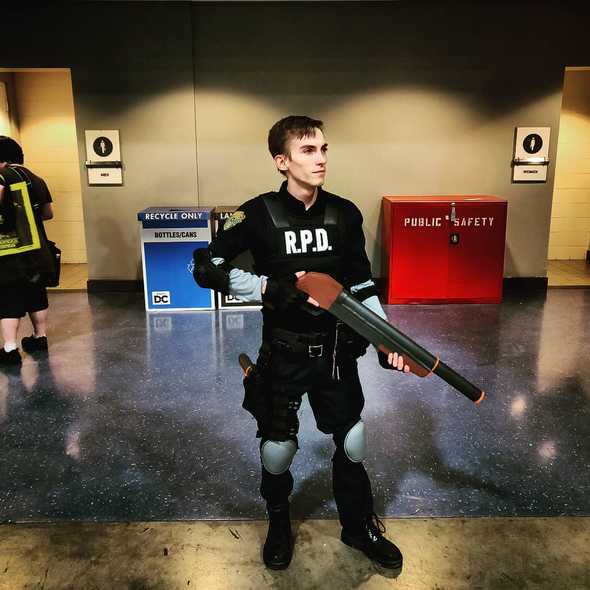 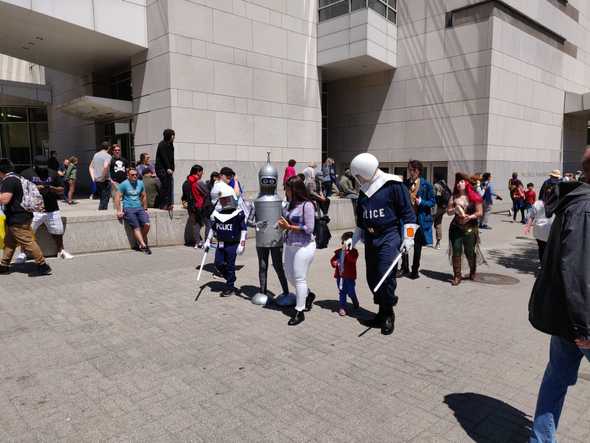 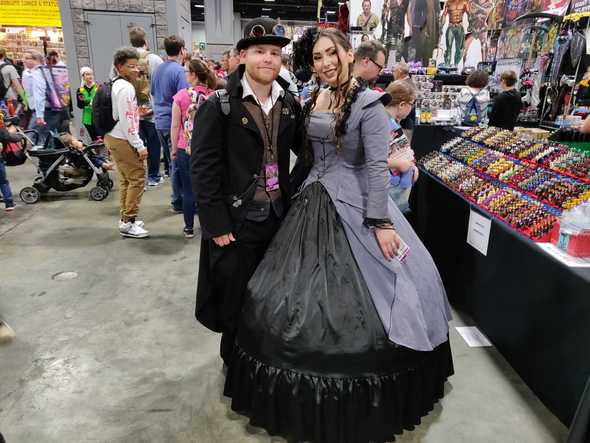 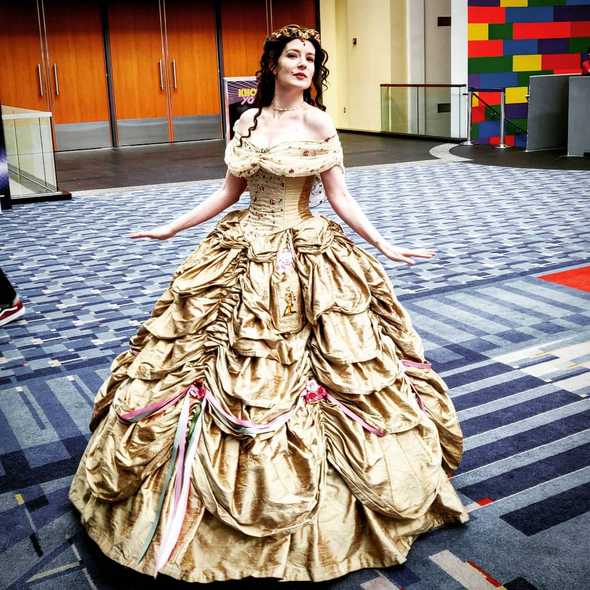 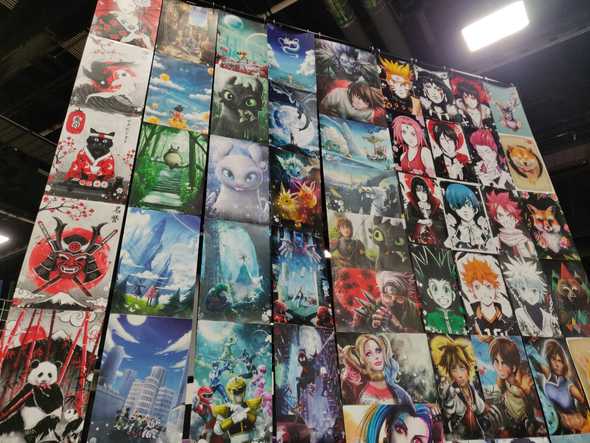 Fun fact: did you know that if you ask people to make a silly face, then they’ll actually do it??!?! 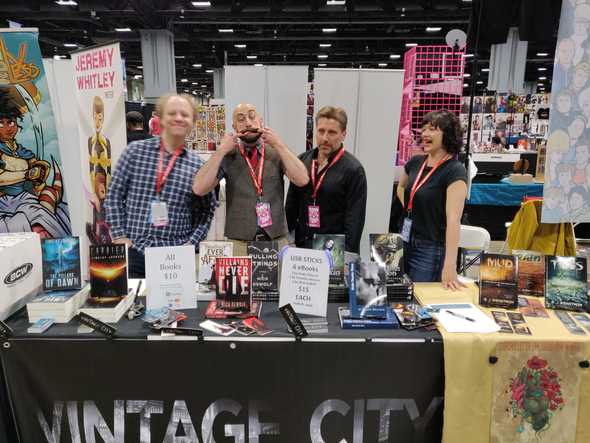 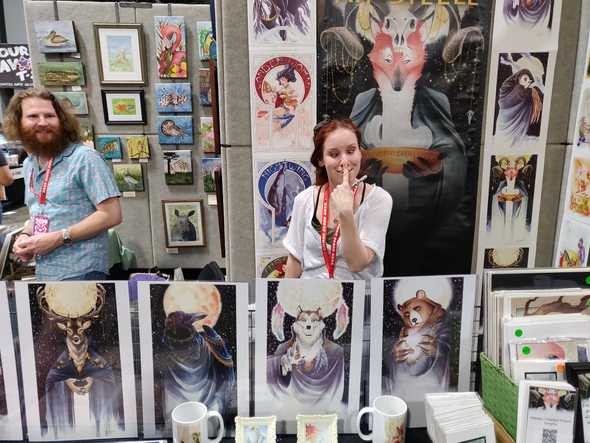