I’ve been posting a lot of pictures of dogs on my Instagram account lately. So, a couple of my friends recommended that I write a “Dogs of 2018” post on my blog. Since these friends are my only 2 readers, I decided that I better not disappoint!

Sadie was my friend Esther’s dog. 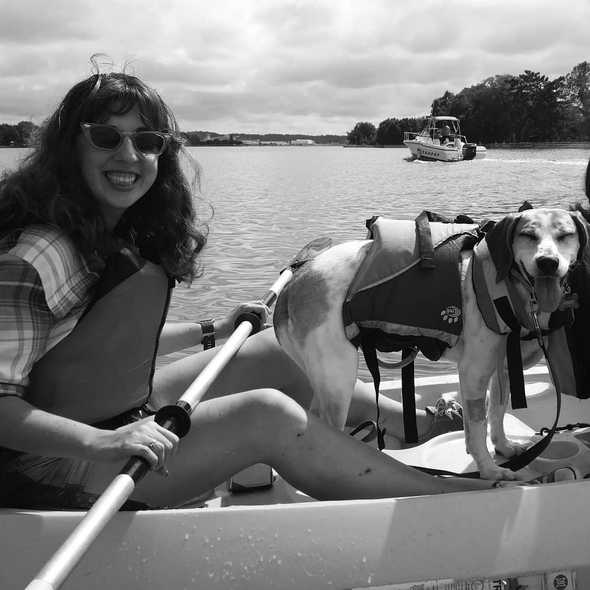 That’s right: was in past-tense. Sadie sadly died earlier this year due to cancer. Fortunately, Sadie lived her best life during her last few months! This was because Esther composed a bucket list of items for Sadie to complete, such as:

We were all sad to see Sadie go, but it’s comforting to know that she was able to enjoy her life until the very end!

Lumi was my brother Mike’s micro-dog: 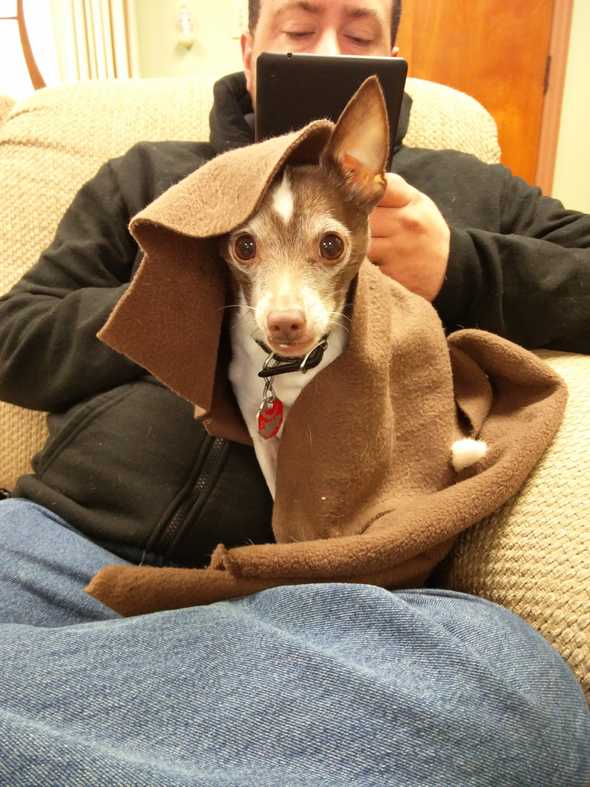 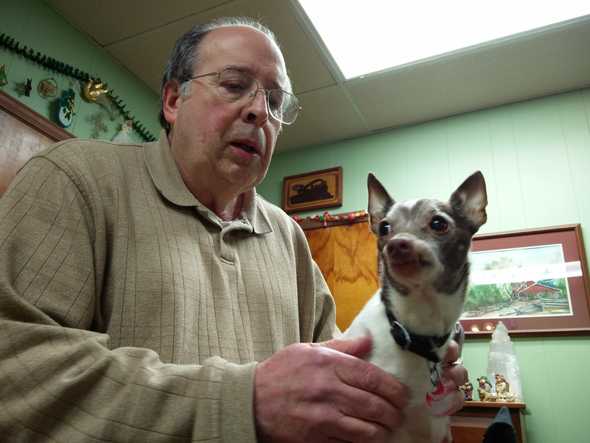 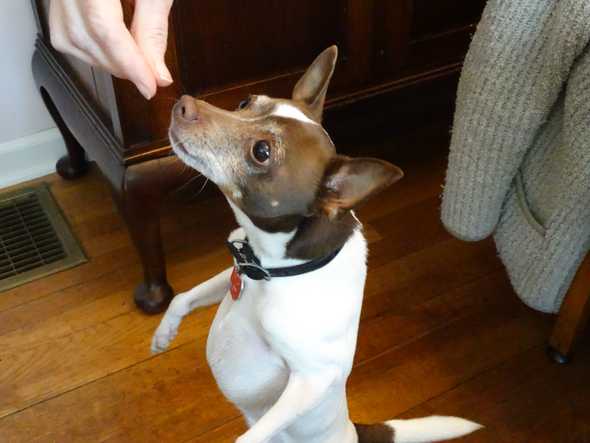 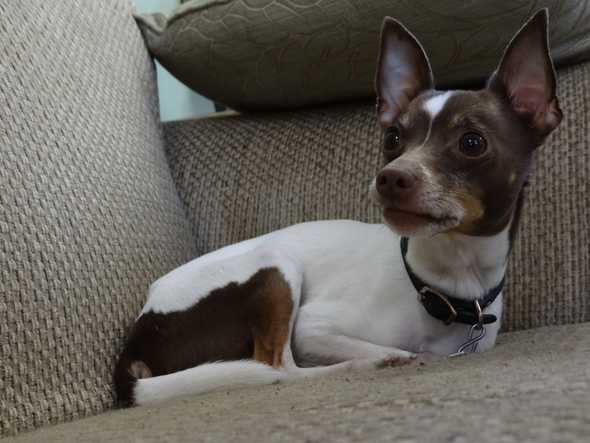 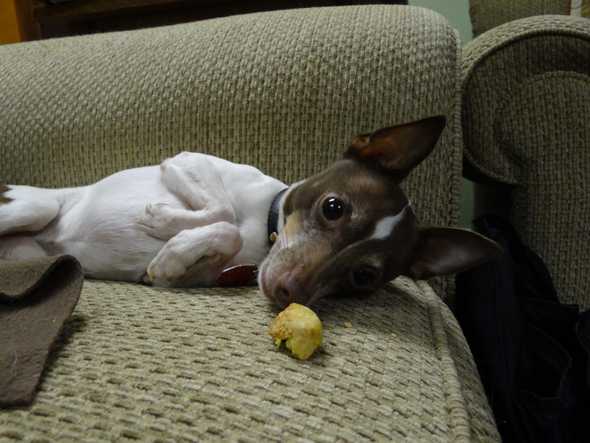 I’m sorry to say, but this is another was. Lumi also died earlier this year. :(

Several years ago, he ate some contaminated dog food that basically destroyed his kidneys. The initial prognosis was fairly grim, and the vet only expected Lumi to live for about 8 more months. But, Lumi surprised everybody and lived for several more years!

If you ever met Lumi, you would have never guessed that he was terminally ill. He was a hyper-active doggo that always demanded everybody’s attention. As soon as you’d sit down, he’d hop into your lap and demand to be petted.

He also taught my brothers’ other dogs the fine art of “balancing on the back of the couch to get everybody’s attention”. Good stuff!

Alfred O. Sauce is my brothers Matt’s and Mark’s dog: 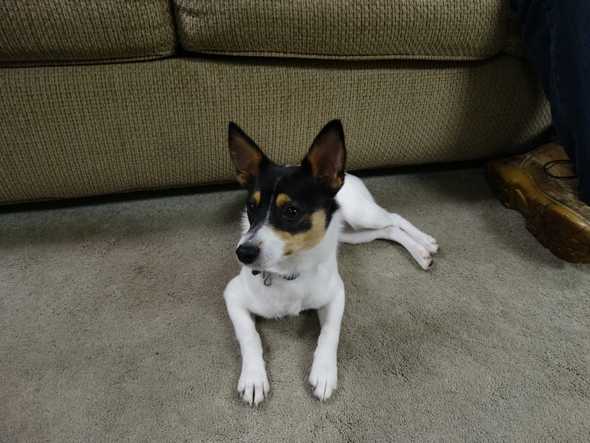 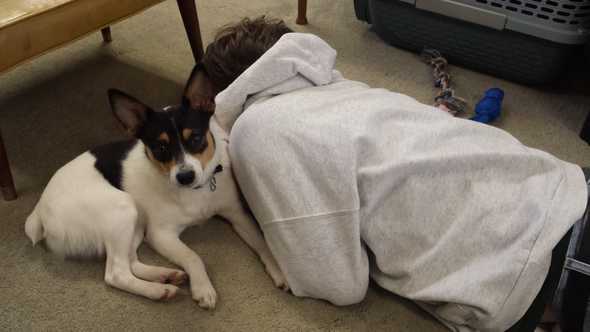 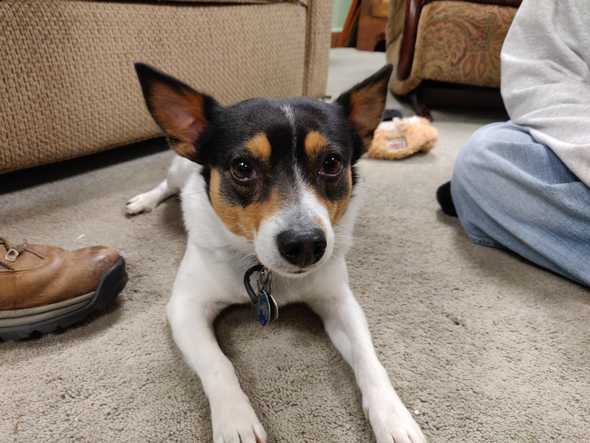 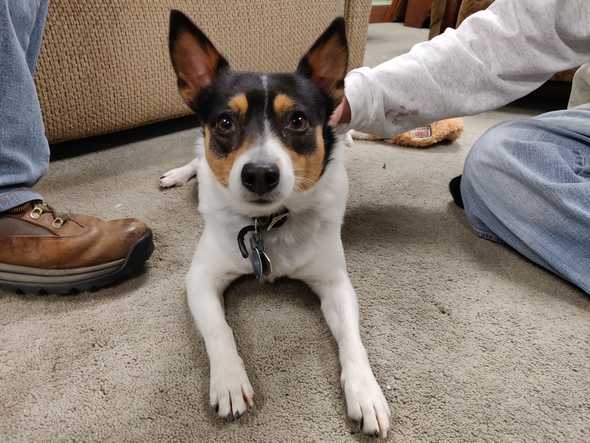 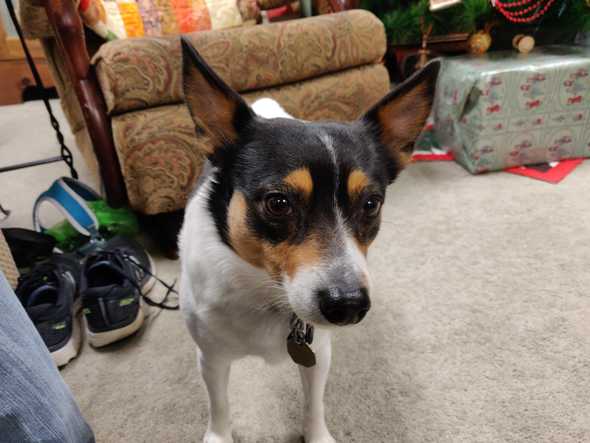 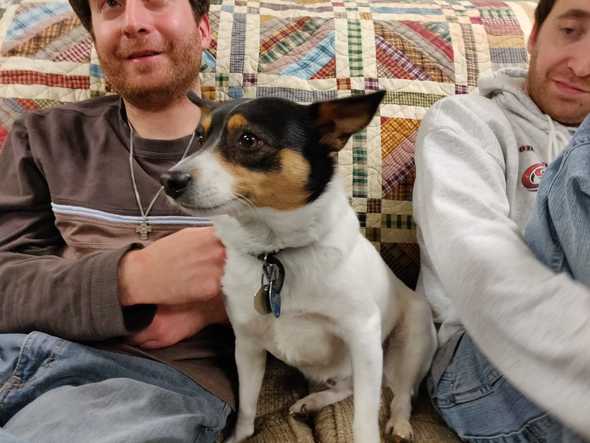 Alfred was named after Batman’s butler. Like Batman’s butler, Alfred tends to be a fairly refined and sensible dog. (At least, compared to the other Doggos of 2018).

Alfred likes to think that he’s tough and in-charge. Of course, as soon as he encounters something he’s never encountered before, he immediately transforms into a scaredy-dog. But, once he realizes that the new grocery bag isn’t a monster, he reverts back to being tough and in-charge! 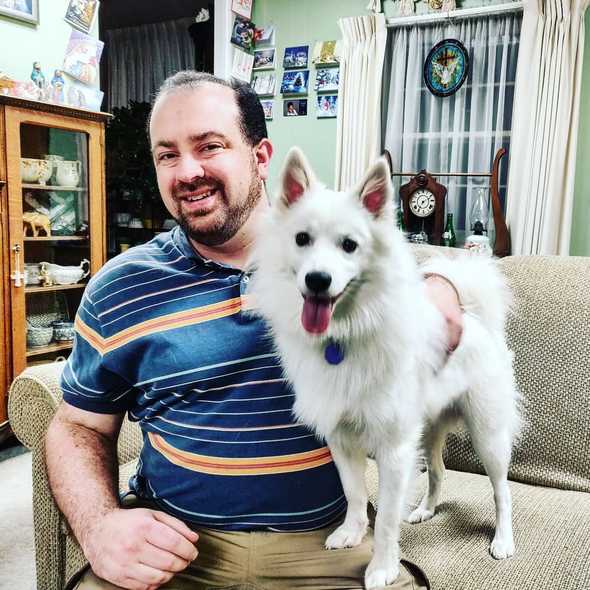 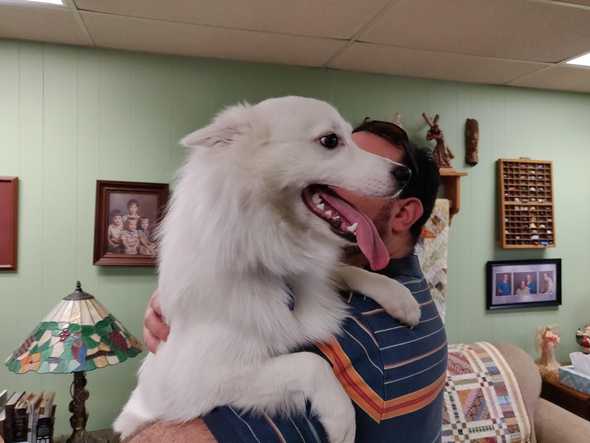 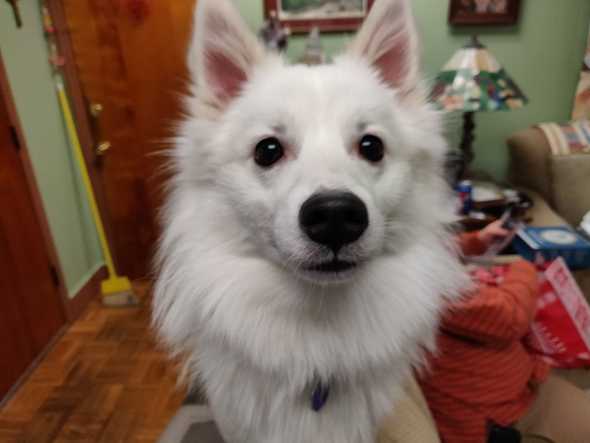 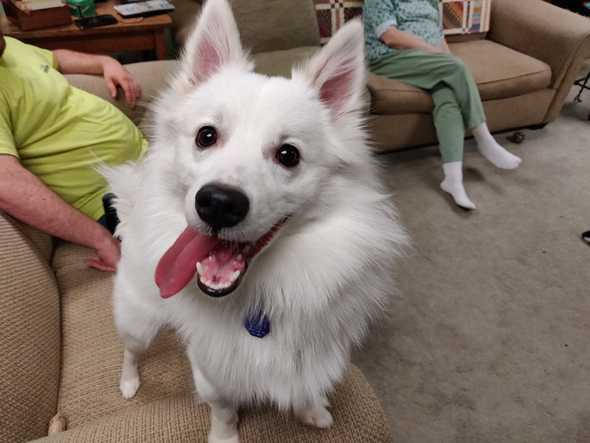 Conner might be even more crazy than Lumi was. Here are a few gifs that demonstrate this:

Conner is an American Eskimo Dog. This breed tends to dislike meeting new people. So, we were unsure how Conner would react when he first met me in November.

The answer was: he didn’t. Mike and Conner showed up at my parents’ house, and Conner ran around for a solid 5 minutes saying “Hi!” to my Mom and Dad. Afterwards, he calmed down a little bit, sat on the couch, and began chewing on a new toy.

Finally, another 5 minutes later, he noticed that I was sitting in the chair on the other side of the room. He then slinked over, sniffed my foot, and realized that I wasn’t Matt or Mark. He then began barking at me nervously as if to say: “Hey, the rest of you might not have noticed, but there’s a stranger in the room!”

Eventually, Conner calmed down and decided that I was probably just another dog or something. Actually, I guess “calmed down” is a bit misleading. Conner has decided that I am in charge of roughhousing. So, whenever he wants to wrestle w/ somebody, he’ll run up to me and start barking. Let the games begin! 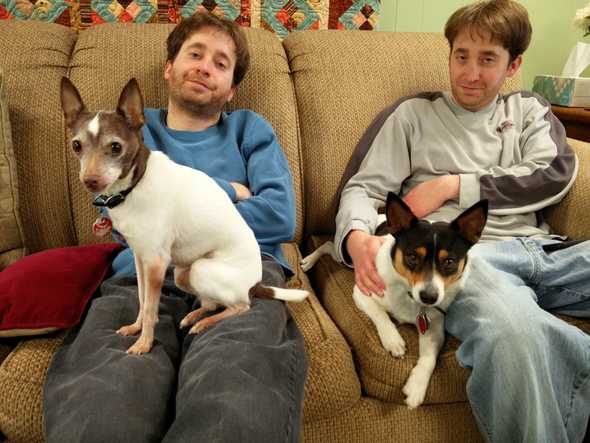 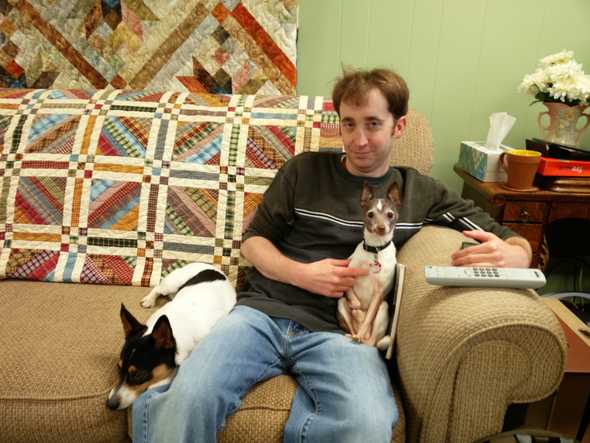 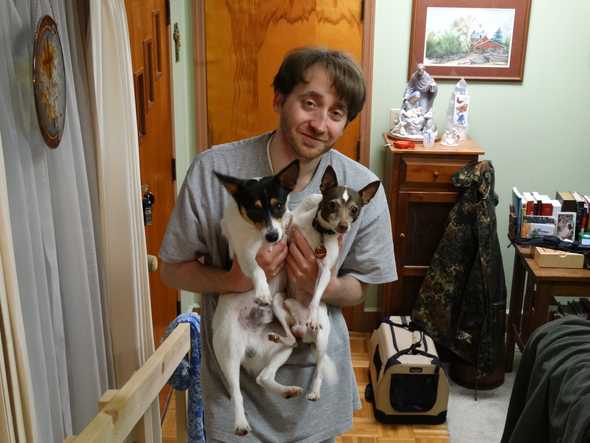