The Least Popular Site on the Internet!

How I learned my first 4-letter word

Back when I was in kindergarten or so, I used to love Super Mario Bros. games. I played the first two games all the time. When I wasn’t playing the games, I was drawing levels for them, or imagining what the next Mario game might look like. Once, I even dreamed that they made a game that looked just like the famous Nintendo Power cover and could be played in full 3d. That’s right — my dreams anticipated the advent of the Nintendo 64! 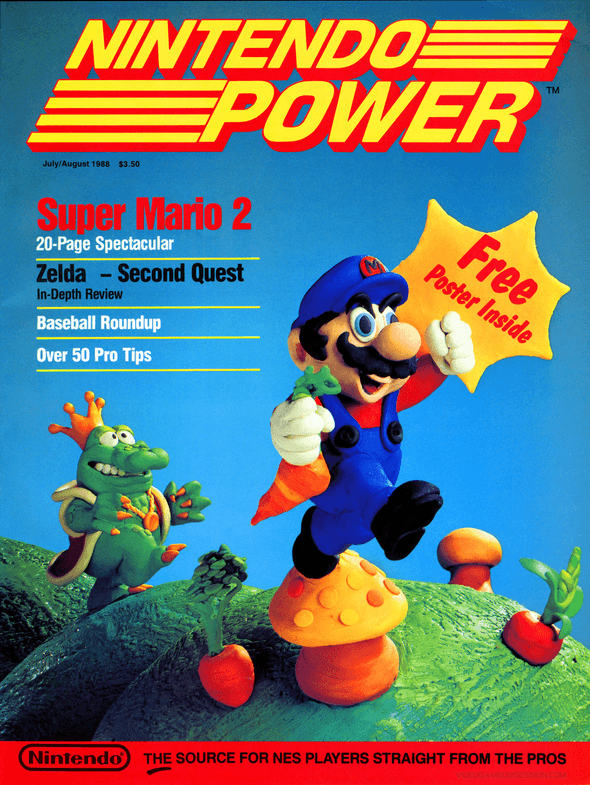 Eventually, I learned that they had, in fact, released a third Super Mario Bros. game! Needless to say, I was super stoked. As soon as I heard the news, I rushed across the street to visit my cousin Paul, who was Ohio’s foremost authority on all video gaming knowledge (Okay, not really. He was also just in kindergarten.). Sure enough, he had already acquired a copy of Super Mario Bros. 3, and he was actively researching (erm… playing) it.

I assisted with this research for several hours, and eventually we pieced together a general outline of the game’s mythology. Shortly after the events of Super Mario Bros. 1, Bowser had become a navel officer, and he gradually acquired a fleet of 8 flying boats that he called the “Doom Ships”. Somehow, he also found the time to father 8 children, although it was unclear exactly who the mother was (Princess Peach had refused to comment). Bowser was fairly negligent as a father, and he pretty much let his brats do whatever they wanted. One afternoon, the brats woke Bowser to ask if they could play on the Doom Ships. To this, he replied:

Ugh — stop yelling! My head is pounding! Whatever — sure — just turn off the lights when you leave the room!

Of course, the children took this to mean:

Why, how could I ever say “No” to the bestest bunch of kids in the entire world? Sure — in fact, here are the keys! Go, fly across town, and get yourselves some ice cream! You deserve it!

So, that’s just what they did.

Of course, at this point in time, the eldest of Bowser’s children couldn’t have been more than 5 years old. Clearly, none of them were of the legal driving (I mean — flying) age. Mario was alerted to the seriousness of the situation when one of the Doom Ships crashed through the Spiral Tower of Big Land’s palace. Nobody was injured, per se, although the Koopa Kids transformed the prince into an orange dinosaur because his freezer was devoid of ice cream. Of course, this insult to royalty meant that the crime was now a felony, and the brats were no longer considered juveniles in the eyes of the law. So, Mario was commissioned to chase these little punks across the entire world and bring them to the swift justice of a lifetime prison sentence.

Anyway, I digress. The point is, I now had brand new Super Mario Bros. material to inspire me, and I had to get to work immediately. So, I raced back home, sat down at the kitchen table, and began sketching. I spent what seemed like hours perfecting every minuscule detail of my masterpiece, which I had brilliantly entitled “The Doom Ship”. Fifteen minutes later, it was nearly completed.

Without a doubt, the drawing embodied perfection; but, then again, so did all of my artwork. I needed some way to communicate the utter significance of this monumental Tribute to Humankind. After pondering this for a few moments, I had it: I would use letters to spell words to write the entire title!

Of course, I had only just learned about “the alphabet” a few weeks ago. I had no idea how to utilize this amazing technology to form words, let alone entire titles. So, I turned to my mother for assistance.

Hey Mom! MOM! How do you spell “THE DOOM SHIP”?

She was busily kneading bread for dinner, but nonetheless was able to instruct me from across the kitchen. By meticulously transcribing her dictation, I painstakingly etched out the entire title, letter by letter. Just as I finished, a car pulled into our driveway. My father had arrived home from work, just in time for the unveiling of my masterpiece. With eager anticipation, I waited for him to kiss my mother and ask how her day was. Once this ritual was completed, I revealed the greatest portrayal of Super Mario Bros. 3 that the world had ever known.

Needless to say, I was aghast. Did this plebeian fail to grasp the cultural significance of Super Mario Bros. 3? I glanced over at my mother, only to find that she too was desperately trying to subdue an immensity of laughter. I demanded an explanation.

They carried on, giggling like children, for what must have been 5 whole seconds. Finally, my father collected himself and apologized.

Oh, nothing much. It’s just what your masterpiece becomes when you thought your mom said “T”, but she actually said “P”. Oops.

And that’s how I learned my first 4-letter word.