GET BACK TO WORK!

A very wise man once asserted:

After some consideration, this statement seems accurate. For example, let’s say Bob has hired me to dig a hole for his swimming pool. He’s going to pay me the same amount of money regardless of how much work I do to dig the hole. Therefore, I should probably use a shovel instead of digging with my hands. Or, even better: I should use a backhoe and finish the job in a fraction of the time! Boo-yah!

Okay, so far so good. Payment is somehow based upon “value” rather than “work”. That leads us to our next question:

How exactly do you measure “value”?

The popular answer to this question is something along the lines of: “Value is just a social construct. Therefore, there is no definitive way to measure it.”. Although these statements might be true, they are essentially dodging the question. 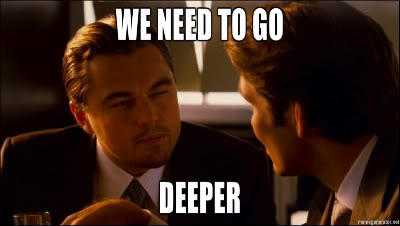 Yikes! This was supposed to be a basic scenario! How has it managed to be so problematic? 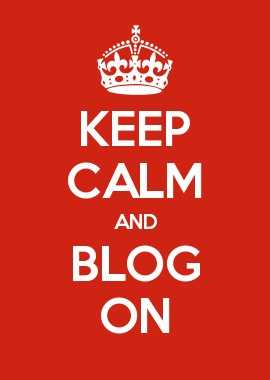 Okay, let’s see if we can repair this. For starters, we can address the first two discrepancies by focusing on the “ends” rather than the “means”. In other words: the “value” of one 20ft x 20ft x 12ft hole is exactly equal to the value of another 20ft x 20ft x 12ft hole. The specific “work” done in exchange for each hole is irrelevant. Thus, in the most basic of scenarios, we can think of “value” as “an equal exchange of outcomes”…

… or can we? What about that “time discrepancy” that we mentioned earlier? For example, consider the following sequence of events:

I… um… what happened?

Well, Bob just exploited a flaw in our current definition of “value”. Specifically, he recognized that there was nothing actually enforcing this equal exchange of outcomes. As such, he was able to devise a way to achieve his desired outcome (i.e.: obtaining a hole) that involved almost zero work (i.e.: telling a lie).

So… if the same definition is applicable to both “work” and “value”, then is there actually a difference between these two concepts? 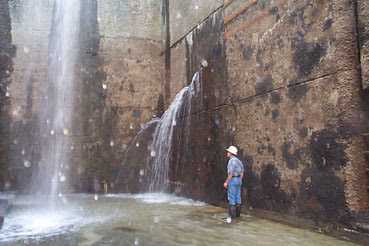 I think we’ve just ruptured reality. We need to do some damage control — fast!

For starters, work always results in an outcome. It just might not be the outcome that we desired (Someday, I’ll expand upon these statements in a separate blog post…). Thus, we can eliminate the “potentiality” from the “work” definition by focusing only on the work that resulted in the desired outcome.

Throughout this post, I have been suggesting that “value” somehow involves an “exchange of outcomes”. In reality, this is only one potential way to utilize an outcome. For example: if I build a backhoe, then I don’t necessarily have to exchange it for another backhoe. Instead, I can utilize the backhoe to significantly reduce the amount of work that it takes to dig large holes. How valuable is that to me personally? Well, it depends upon how many large holes I’ll need to dig in the future. If the answer is “zero”, then perhaps I would obtain more value by exchanging the backhoe for something else.

In short, we can think of “value” as “the potential utility of an outcome”. Additionally, this “potential utility” is always dependent upon external context. For instance, humanity had not refined fossil fuels a mere 8,000 years ago. As such, a backhoe had zero “potential utility” for digging large holes back then. However, I suspect that a clever individual would have found it very useful to claim that the backhoe was a dormant god of some kind. They could then use this misinformation to manipulate other people to do their bidding. So, perhaps the backhoe was even more valuable back then!

Phew — I apologize for rupturing reality, but it looks like we’ve sufficiently patched it for now. To recap:

Someday, I’ll attempt to untangle these definitions from the machinery of the human mind (that statement will make sense later!). But, this should at least be sufficient for finishing up the “Work vs Value” series of blog posts!