SMH as a service

Okay, that title might be a tad overdramatic, but hear me out.

I used to live in a 900+ square foot apartment in Falls Church, VA. When I first moved in, all of my possessions could easily fit into the trunk / back seat of my car. But, over the course of a few years, I picked up enough furniture to fill my apartment comfortably. Life was good!

And then I decided to move into a 500 square foot apartment in Washington, DC.

Before moving, I offloaded half of my possessions at various thrift stores. I managed to fit the remaining items into my new apartment, but it was definitely a but cramped. There simply did not seem to be a space-efficient way to store many of the items that I owned. Even after rearranging my apartment several times, I was never able to make enough room to setup my “music workstation” or “hardware hacking workstation”. Hence, all of these items remained relegated to a closet.

Eventually, I decided that I wanted to get back into hardware hacking even if it meant that I’d only have 10 square feet of living space. So, I purchased an Anet A8 3D-Printer to help kick things off. After spending a month learning the basics of 3D-Printing, I decided that it was finally time to begin creating/printing my own 3D models. That’s when the idea hit me: perhaps I could 3D-print some items that would help me use the space in my apartment more efficiently!

I decided to start with a relatively simple project. For whatever reason, one of the cabinets in my bathroom was missing its shelving. So, if I could replace the shelving, then I would no longer need to store half of my bathroom items in my bedroom. Here’s what I came up with: 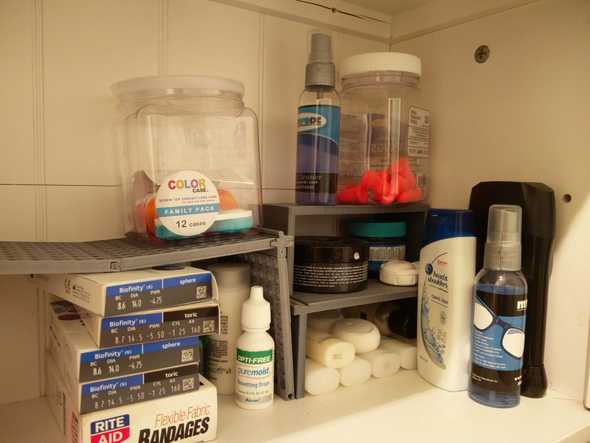 Admittedly, it looks pretty terrible. Nevertheless, it was able to free up some space from my bedroom bookcase. Mission accomplished!

Next, I wanted to clear up some space so that I could setup my “hardware hacking workspace” again. I had a table in my living room, but it was covered with mobile devices and remote controls. However, if I had some way to rest the mobile devices vertically, then they would only take up a corner of the table. So, here was my solution: 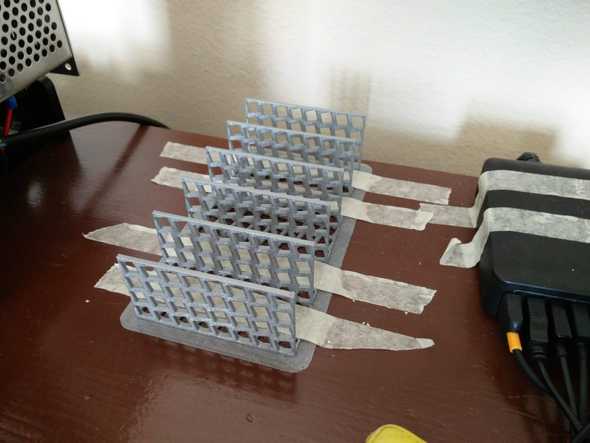 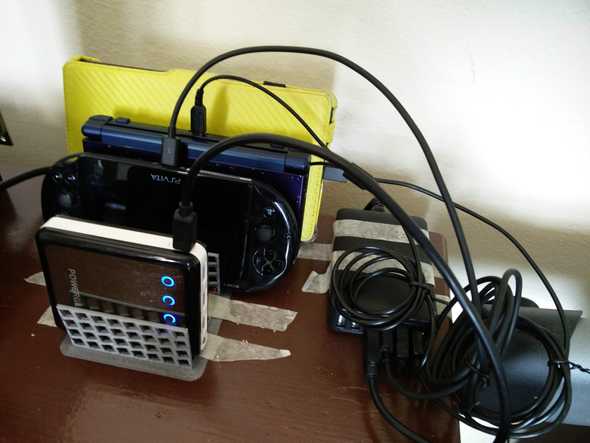 Neat! Things were looking better, but there were still those pesky remote controls to deal with. Given that the couch was on the other side of the room, it had always been a bit inconvenient to store the remotes on the table. So, I printed some wall mounts so that I could store them near the couch instead: 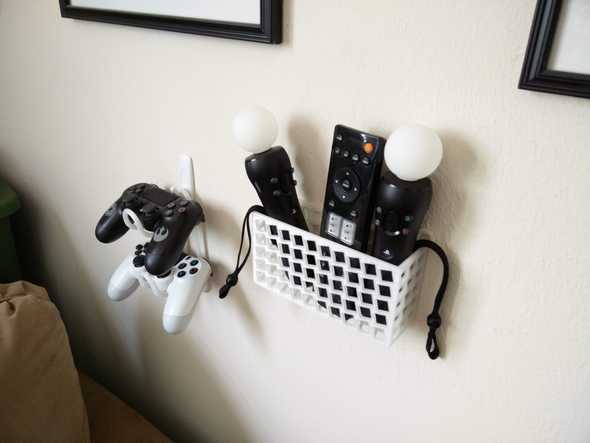 Then I had a eureka moment: there were actually several items in my apartment that could be stored on the walls! I simply needed to print some custom mounts! This lead to: 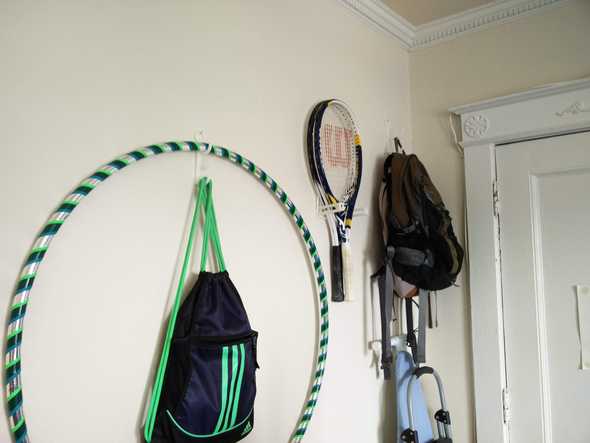 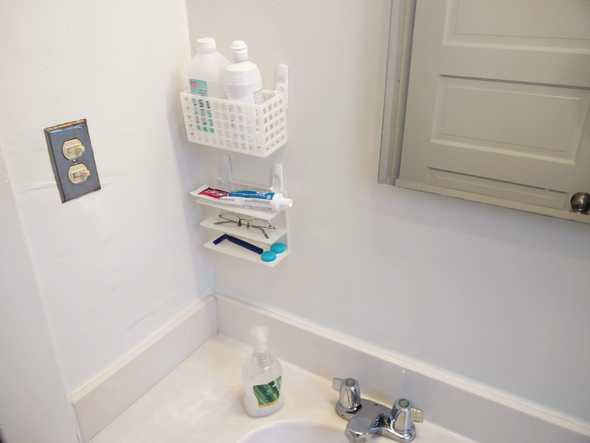 At this point, it now feels like I’m living in a completely new apartment! Not only was I able to setup my “hardware hacking workstation” again, but I also created enough space for my “music workstation” as well: 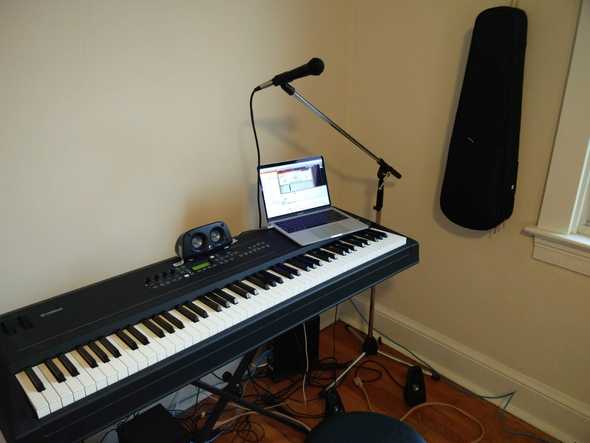 Alright, I think that’s enough blogging for today. I haven’t had many opportunities to play the piano in the last few years, so it’s time to get reacquainted!